ET Pest Control has Dominated Bats, Rodents and all different types of Insect to leave peoples homes and businesses.

Only logged in customers who have purchased this product may leave a review. 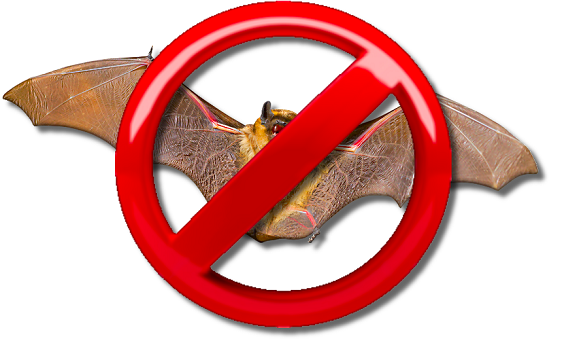 This electronic pest repeller is our work horse of all repellers. No messing around, as we have specially designed the ET with Direct IRA.
For Targeting Bats OUT!!!

We recommend that you give the ET Pest Control a total of 6 weeks of repelling.

The Bats that are causing problems in your certain area will take more time to get rid of so we recommend six weeks for a full positive result.

Any new bat predators will not enter this area as the ET Pest Control will make sure of that.

Bat control problems across the United States can be a major problem and in some states, killing bats is illegal. Now with the ET Pest Control you have a safe solution where nobody gets hurt or in trouble.

Well you ask yourself what is Direct IRA?................Well the ET Pest Control can be set to target just Bats/Insects which will "Power Out" your problem we feel with a higher Repelling Demand.

Here is some simply information on what you can Adjust/Target

DnR Technologies LLC. backs the ET Pest Control with a 60 Day Money Back Guarantee. If you are not happy with the results, then we are not happy. We try to run things as fairly and smoothly as possible for all of our customers.

Give it a try! We believe your bat control problem will be a thing of the past once the ET Pest Control goes to work for you.

Bats in your state

So we are talking about bat control and how the ET Pest Control does its job with complete domination! Here's How:

High Impact Ultrasonic Sounds for Bat Control
ET Pest Control uses this powerful technique to cover the interiors of rooms / areas to Drive Bats Out! These sound are unheard and completely Safe for humans and most all house hold pets. By utilizing Two High Impact Speakers, these units are specially designed to repel within the hearing ranges of bat control problems and other pests. By specifically setting the Frequency Range, adjustable Pitch, and adjustable Output to target bats, you are putting all of the power into that one area where you need it most and that's Bat Control.

These adjustment are as simple as switching up or down on a button.

All ET Pest Controls purchased from BatControl-et.com come pre-set to Target Bats Out!  Also you will receive an information sheet that will help you target out your other specific pest problems as well.

Electromagnetic High Impact
Time and time again our customers have raved about the ET Pest Control. One of those reasons is that the ET units use Electromagnetic High Impact repelling as one of its key bat control abilities. The ET Pest Control uses this technology to repel deep within the walls of your homes and work environment. This repelling technique helps greatly as bats have been known to hide in walls, attics, and other unseenable places.

Once the ET Pest Control unit is plugged in, it creates a signal using the wiring in the walls and ceilings of your home. This signal is specially designed to irritate the bats nervous system to the Max! In return causing bats trouble communicating, flying, eating and totally dominating and disrupting their living environment.

There is no need to adjust anything as the Electromagnetic High Impact follows the same routine as the High Impact Ultrasonic Sounds.

Think of it this way, if you give the ET Pest Control six weeks.. you're bat control problem will be packing their bags because once plugged-in, their environment will totally be disrupted and unbearable to live in.

This option dedicates more power to either Rodents or BATS/Insects which in return out performs most electronic pest repellers on the market. For bat control we will have preset this option to the "High Range" as bats hear in the higher ultrasonic frequencies.

The ET Pest Control has the option to set the Ultrasonic Sounds to a fixed pitch. This option is great for the first week of your bat control as it sends out a message to the bats to leave the area with a shocking demanding noise.
After the first week has passed you would set the ET Pest Control unit to Variable Pitch. So if some stubborn bats are not leaving, you will insure they will be as miserable as possible until they leave.


Twin Scanning Technology
The idea of Twin Scanning Technology is that it uses twin speaker positioning to help eliminate bat control problem in your home. Unlike most pest repellers, the ET Pest Control uses TST to send out ultrasonic sound frequencies that helps the repeller to repel better around obstruct objects in its way. We have found by using TST that our ET Pest Control units have repelled better by 20%.

How To Get Rid of Cockroaches - Cockroach Pictures
A low cost, efficient and effective way to rid your home of cockroaches without the large expense of calling your local pest control company.

Pest Control Directory
Pest Control 10 was made to help you find the right solution for repelling any type of pest problem.